Yoga for Back Pain 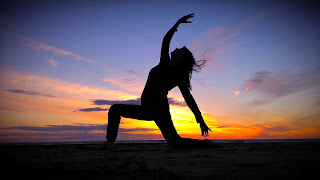 When we use the word Yoga it implies an intelligent and Conscious approach to whatever is being done. Whenever back pain is present there can be diverse reasons as to its cause, from serious trauma requiring immediate medical intervention, to the less serious, whether physical or psychological. At some point decision has to be made whether any form of exercise is appropriate and this is when the realistic approach of Yoga may prove helpful.

It is likely that if the cause of the pain is recent that the injury is at the acute stage, when inflammation, torn tissue and pressure due to swelling affecting nerve endings produces continuous discomfort and the best course of action is rest. It is when healing takes place and when musculature tightens that we enter the chronic phase, when there is undue stiffness and a lack of flexibility. Yoga exercise then becomes part of a Conscious and evolving process in which the spine and associated musculature is allowed to start to express itself through a range of movement, which is extremely gentle at first, as forced movement can be counter-productive. Some basic exercise is described as follows:-

Flexing the Spine as with the forward bending postures, particularly with disc related problems, has to be approached with caution. Paschimottanasana is a seated posture with the legs extended to the front, in which the posterior muscles of the body are given a stretch by bending forward and bringing the body toward the legs. The posture is then held for several seconds without pulling or jerking, but simply allowing the upper weight of the body to contribute toward the stretch. It takes time and patience to stretch tightened muscles; helps are directing the energy and the warmth of the out flowing breath toward the whole of the back.

Hyperextension is the counter pose posture which after spinal flexion is taken up from a lying face down position. Ideally it should be possible to first raise the head and shoulders without assistance from the arms. However, a realistic approach after suffering back trauma is to adopt a Sphinx like pose by resting on the forearms and then raising head and shoulders and holding position for several seconds. With improved flexibility the body can be raised further by adopting the Cobra or Bhujangasana pose with the hands palms down at shoulder level.

Spinal Rotation can be from either standing or sitting and the body rotated first one way and then the other, and holding the twist for several seconds at each turn.

This is a small example of the type of Yoga exercise then can help alleviate back pain. It is important to remember that the body is best supported by a well toned musculature and that there has to be achieved a balance between too relaxed and flaccid, called the hypotonic condition, and the too tense, the hypertonic. The ideal is when muscle tone is such that it is ready for immediate action and referred to as a balanced or tonic condition.

Yoga is very much bringing control back to the individual and assisting in the healing process through an intelligent awareness of the body, whether or not medical intervention has been necessary. The aim of Yogi throughout the ages has been to know one’self at all levels whether physically, mentally or spiritually.
Posted by Unknown at Friday, August 17, 2018 No comments: